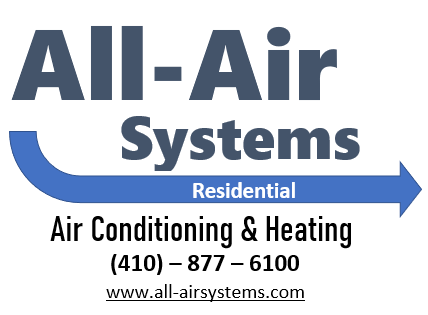 Heating Services in Baltimore including Repair

All-Air Systems is based in Baltimore and serves Baltimore and surrounding areas. We provide the best heating and air conditioning services for existing and new customers in Baltimore. Our technicians receive continuing education and training in order to make sure that we schedule a technician for your service who will have the knowledge and experience to repair your heater in a timely manner that minimizes any disruptions to you.

Notice your heating not working?

You might be experiencing one of the following conditions:

2. Your heating system is not turning on at all.

3. The heating system fan is running but you have no heat in the house.

4. The heating system has catastrophic failure that cannot be repaired. Replacement is the only option.

Looking for the best local heating service provider in Baltimore to repair or service your heating system?

There are several reasons why heat pumps are popular. First, they do not require fossil fuel to heat. They produce heating with the outdoor unit and its refrigerant. Instead of running in a/c mode, it reverses the direction of the refrigerant and sends the hot refrigerant to the indoor unit. When it gets really cold outside, the indoor unit has an electric heat element to help maintain the supply air temperature. Second, heat pumps can cool and heat very efficiently based on its efficiency rating.

Unlike heat pumps, furnaces use fossil fuel to heat your home. They can use either natural gas, propane, or oil. Gas and propane furnaces are essentially identical in the way they produce heat. By contrast, oil furnaces have a different “burner” to introduce oil to a spark to ignite the oil creating heat. Moreover, because these systems use fossil fuel for heating, they typically produce a higher supply air temperature to your house.

Some people confuse boilers with furnaces. There are a few differences. First, boilers don’t use a blower fan to send heated air through duct work for all areas of your home. Instead, they heat water and send the heated water through radiators that are placed in the rooms of your house. Second, there are several safety devices for the boiler heating systems to ensure that the fuel and water aspects of the system are operating normal and to shut the boiler off if it begins to operate outside of safe conditions.

Geothermal heating utilizes refrigerant much like a traditional heat pump. However, the difference is that geothermal heating systems operate at much higher efficiencies. This higher efficiencies are achievable by utilizing the grounds ability to remove and absorb heat instead of relying on outside air temperatures like heat pumps. In addition, the geothermal system has no outdoor unit exposed to the weather. This is one of the reasons why the geothermal system has a longer life expectancy than a traditional heating and cooling system.

Wall heating can be electric or provide heating by using fuel. For example, the Rinnai wall heater is installed in pretty much any room. First, a gas line is installed and run to the heater. Then, the combustion gasses are expelled outside typically directly through the wall with a vent cap. The heater has a built in thermostat and controls its fan speed based on temperature and room setting.

What could be wrong with your heating system?

The extent of the heating problem you are having requiring repair depends in large part on the type of heating system you have. In Baltimore, you could have one or more of the different types of systems. Certain areas of Baltimore have more furnaces or boilers because there is a natural gas supply from the local utility.

Other areas that are more remote tend to have heat pumps or furnaces and boilers that use propane or oil. Baltimore actually has a good mix of every type of heating system.

All-Air Systems has talented heating service technicians who are trained and experienced in all types of heating systems. No matter what heating problem you are having, our heating experts will quickly diagnose and repair your heating issue.

At some point, depending on the age and condition of the equipment, it will eventually be time to start planning replacement instead of costly repairs. But until that time comes, rest assured that our team will be here for when you need heating service to get your heat back up and running again. 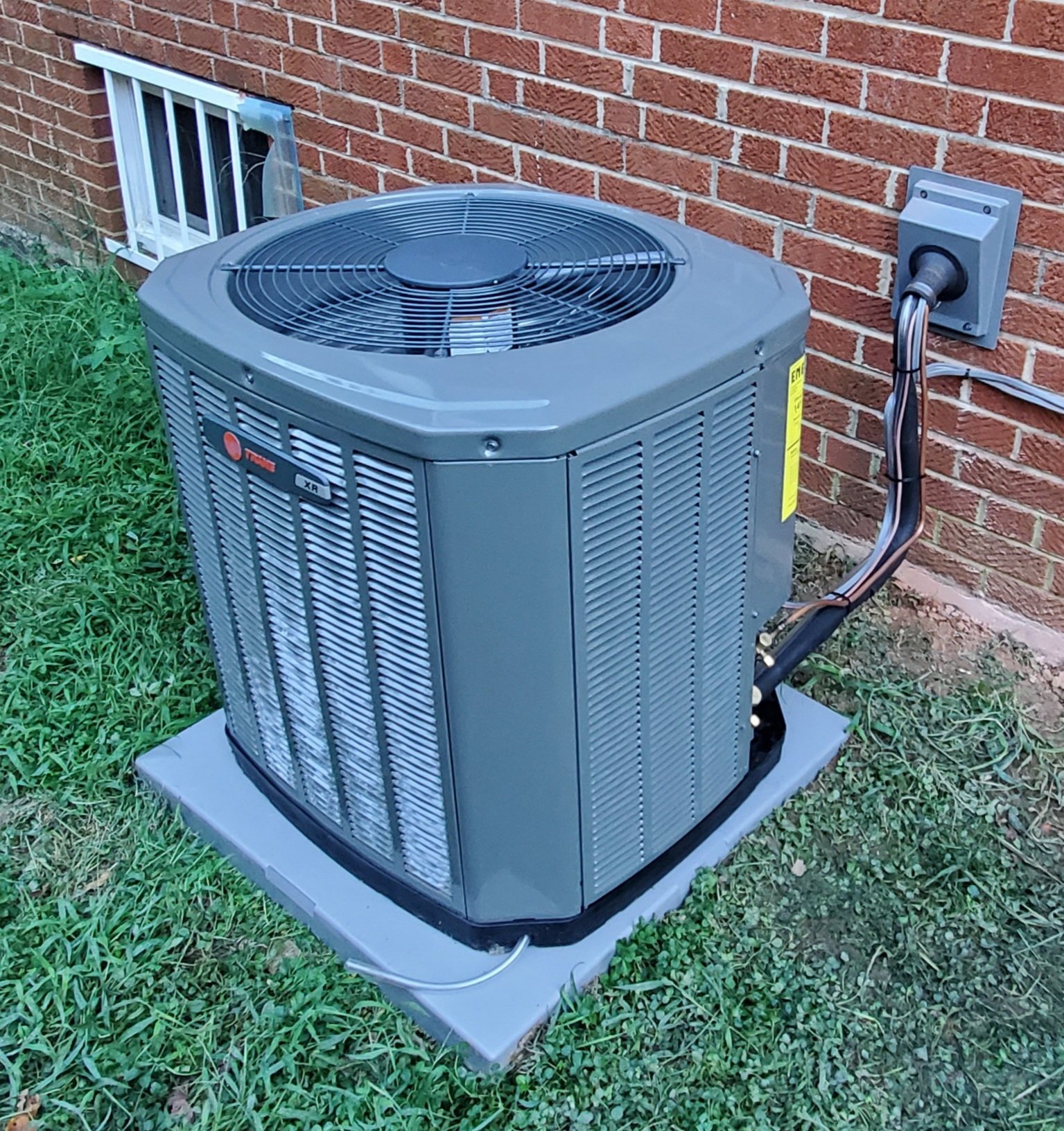 A few common examples of things causing your heat pump system from not heating requiring professional repair include:

-this could include an inexpensive part or a high cost part such as a compressor. 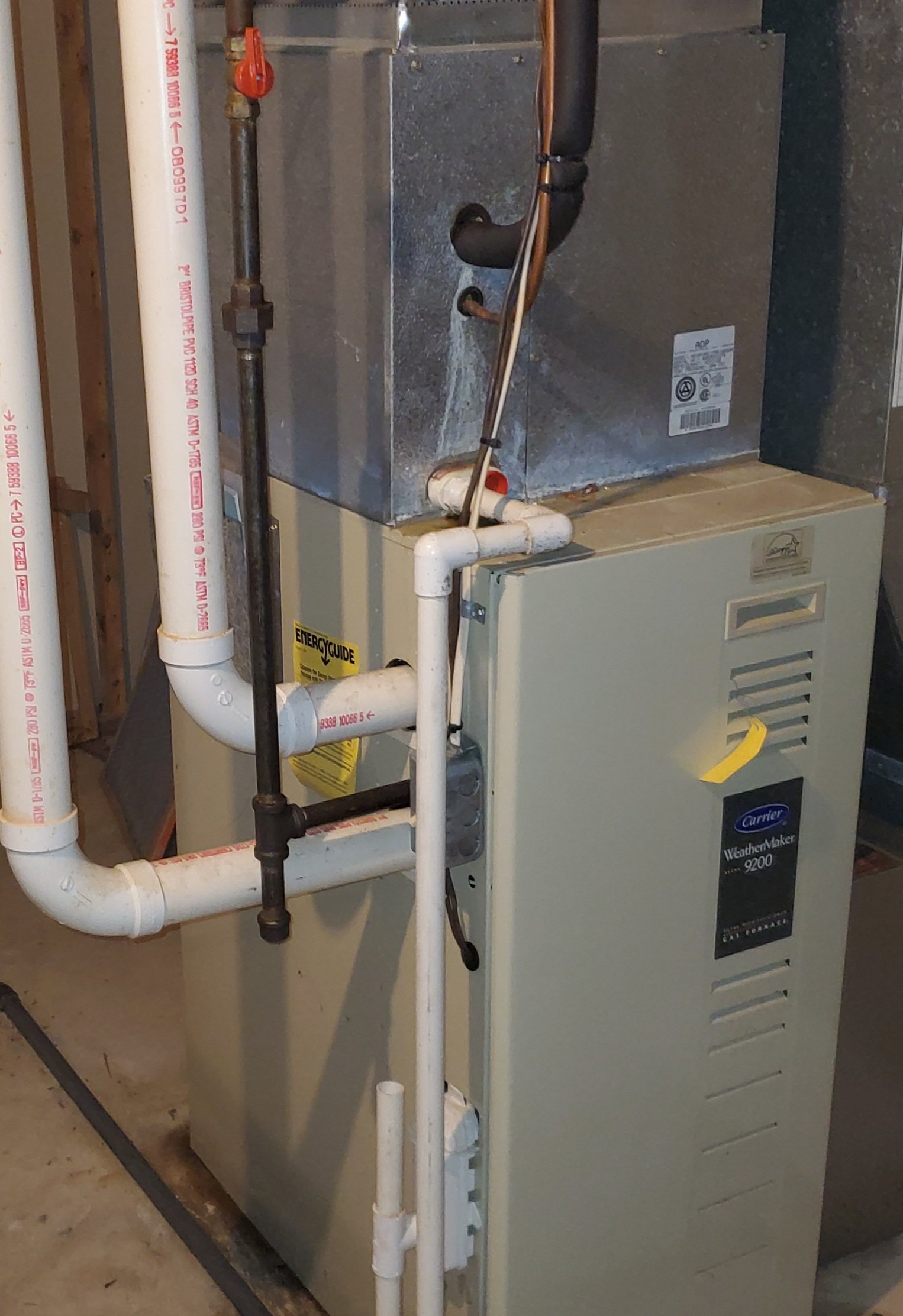 A few common examples of things causing your furnace system from not heating requiring professional repair include:

2. A bad component causing a safety to trip and preventing the furnace from running

3. A bad safety switch keeping the combustion cycle from starting or continuing

4. Problems with the fuel side, including: 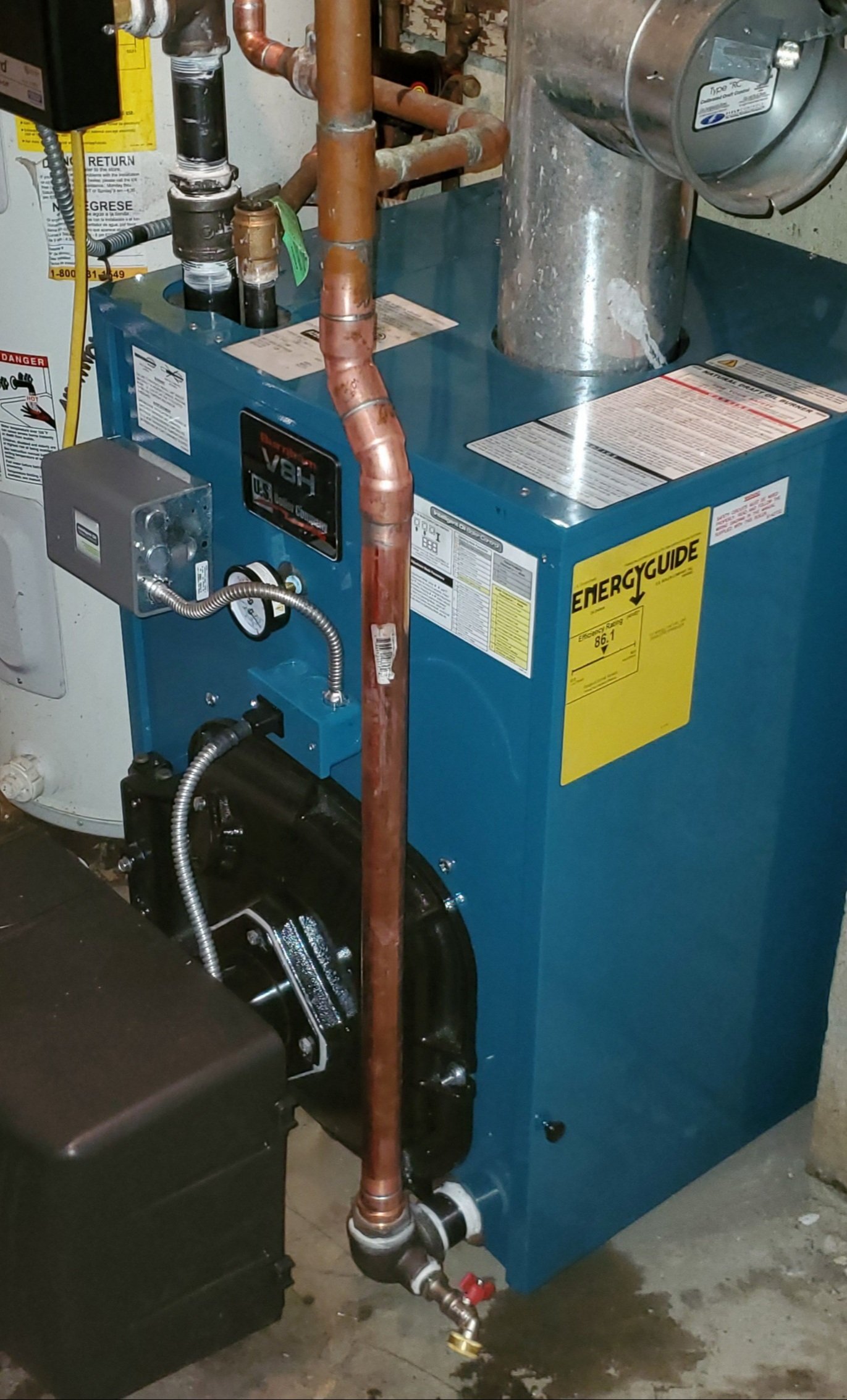 A few common examples of things causing your boiler system from not heating requiring professional repair include:

2. A bad component causing a safety to trip and preventing the boiler from running

3. A bad safety switch keeping the combustion cycle from starting or continuing

4. Problems with the fuel side, including:

5. Bad water side components such as:

There are numerous reasons why your heat pump stopped working. But without over complicating things, in the simplest form, the causes can be split up into 2 problems.

The first is electrical. The second is mechanical.

On the electrical side of things, each system has a electrical power side and a controls side. The power side is what is coming from your electric panel. In homes, this is the 120 or 208 volts AC that powers your outdoor and indoor units.

The electrical controls primarily consist of a lower voltage (typically 24 volts AC). Control signals can also be in the form of milliamps and volts DC. Special meters are required to read these signals.

On the mechanical side of things, are all of the moving parts including the physical components and refrigerant system. These are your fans, compressors, refrigerant piping, burners, valves, etc.

Electrical issues are caused by tripped, blown, or bad breakers or fuses. They are also caused by other faulty electrical wiring or parts such as transformers, circuit boards, capacitors, contactors, safety switches, etc.

Mechanical issues can be caused by usual wear and tear or wear caused by an abnormal condition. For example, fan motors can go bad because they are just old and have reached the end of their life. On the other hand, fan motors can go bad in a few years from repeat on and off cycles or because another part the motor relies on is going bad. In the latter case, the motor is forced to run without the help of the other part and therefore it runs under more extreme conditions. The worst enemies to a motor are excessive heat, dirt, and electrical surges and shorts.

Heat pumps can stop running because they are low on refrigerant. If the system lacks the proper amount of refrigerant then the low pressure switch can open the electrical controls circuit and thereby prevent the compressor from running. On the opposite side of that equation, if a condition is causing the refrigerant pressure to escalate when the system is running, the high pressure switch will stop the unit from heating or cooling.

Sometimes one of those pressure switches goes bad and sticks in the open position preventing the system from running despite having sufficient refrigerant. Sometimes the refrigerant levels are good, the switches are fine, but the compressor itself is bad. The compressor can be bad because the motor in the compressor is dead. This could be caused by bad electrical windings due to a short to ground or between its own windings. More often, the compressor is fine, but a part it relies on is bad or is weakening. This part could be a capacitor, a contactor, a circuit board.

More on Why Furnaces stop working

Not to beat the same drum again, but furnace issues can be split into the same 2 problems as heat pumps. The only difference here is you are not dealing with refrigerant, but a fuel.

Its important to note that furnaces come in 3 main varieties based on the fuel they consume – natural gas, propane, and oil.

While the biggest difference lies between gas and oil, each system has similar protections due to the potential dangers involved with igniting and burning a fuel.

The furnace has what is known as a combustion cycle. This cycle involves the process of introducing, igniting, and safely operating while heating. The cycle has safety switches built into the process that will open the control circuit should the combustion of the fuel deviate from normal parameters. Included in this is proper air flows, proper temperature ranges, proper response signals, proper flame detection, a lack of flame roll out, etc. As soon as a safety switch senses an abnormal reading, it will act to shut of the gas valve or oil pump, ignitor spark to prevent the furnace from operating outside of safe limits.

The pressure switch confirms that the combustion fan motor is running to expel hot combustion gases outside. This prevents overheating the heat exchanger and putting harmful gases and carbon monoxide into the home.

The limit switches make sure the furnace doesn’t get too hot and start potentially causing a fire hazard.

The flame sensor senses that there is actually a flame. If it fails to sense a flame, its signal (or lack of a signal) will shut the gas valve off and prevent gas from being disbursed into the home.

On furnaces in particular, ignition control boards and transformers can go bad as well. This prevents the furnace from sending and receiving proper signals to bring on the furnace fan or combustion cycle.

Schedule Service by filling out the form below